The Event of a Lifetime at the Home of Golf 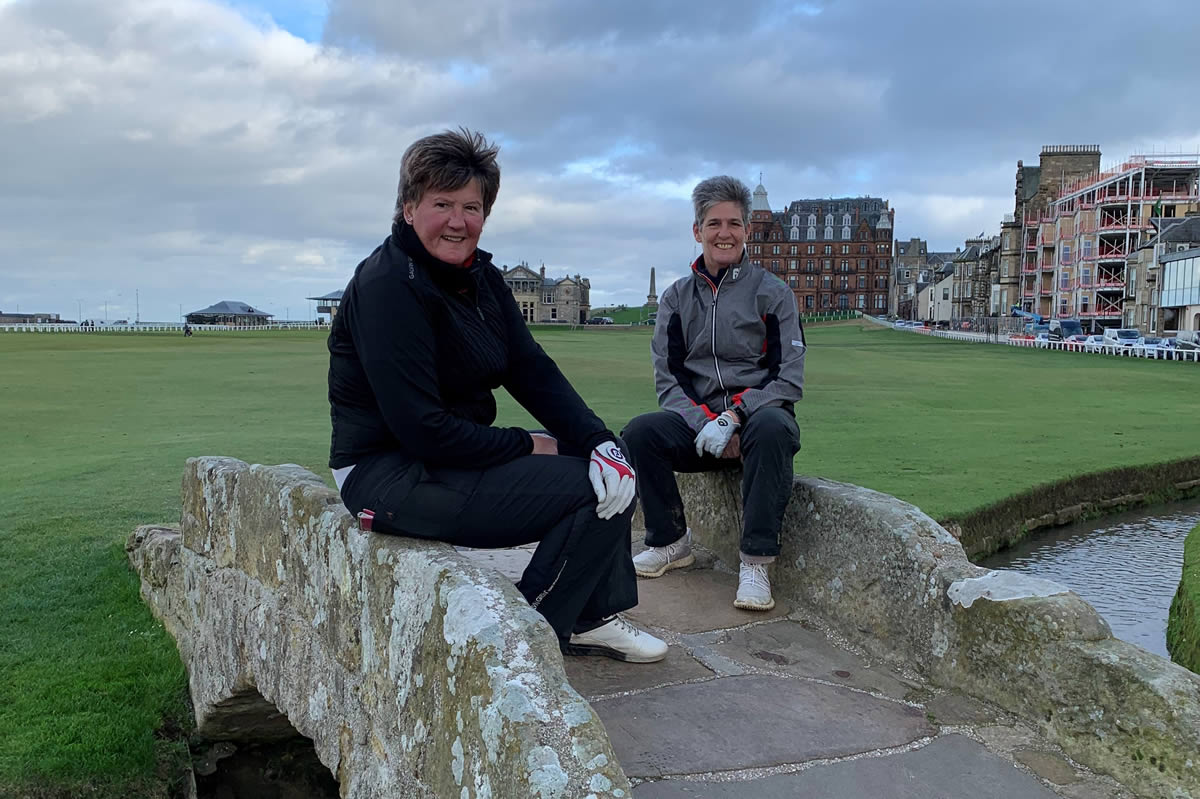 There haven’t been many positives to come out of the coronavirus situation, but one such moment did present itself recently when we were given the chance to host one of our amateur events in St Andrews. For those who don’t know how things work at the ‘Home Of Golf’, tee times are usually extremely difficult to access but, as a result of an overseas party not being able to travel, we were given the opportunity to stage the trip of a lifetime.

As anyone who has set foot in St Andrews will appreciate, there is a certain atmosphere about the place. There is an aura that you can’t quite put your finger on – the town just smells of golf. Even during the pandemic with far less golfers walking the streets and alcohol only being served outside, the magic was still in the air and the excitement built as we checked in at the superb Old Course Hotel and looked over the famous fairways of the Old Course.

We had lined up a 72 hole Betterball Stableford that would include rounds on the Old, the Jubilee, the Castle, and the new kid on the block – Dumbarnie Links – a course 15-20 minutes out of town which was already receiving glowing reviews despite only opening for play earlier in the season. Could it all live up to the expectation? Would everything be as good as we thought? Absolutely. And some.

With too many players to keep everyone together each day, we would adopt a Dunhill Links style rotation over the first three rounds, and on Day 1 the field was split over the Old and the Jubilee. Dave & Luke Tate set the early pace on the Old, taking advantage of the sublime conditions to post a best of the day 48 points. Over on the Jubilee it was Kevin & Debbie Hudson who came out on top with 47.

Paul Gallear & Robert Foster’s 44 on the Jubilee was the highest of Day 2, just pipping Jane Sly & Fran Campbell’s 43 from up on the Castle course. That all meant we had a tie at the top at the halfway stage with four pairs locked together on 87.

The Gallear/Foster and Sly/Campbell pairs managed to maintain their form overnight, and both came out on top again on their respective courses on Day 3. Jane & Fran ended up with a 44 on the Old, and Paul & Robert shot a 38 on the Castle course – the exposed hilltop location and undulating greens meant scoring more difficult in the breeze.

As we looked forward to the final round at Dumbarnie, the overall leaderboard now had Christine Fisher & Jayne Fletcher at the top on 130, with Mark Stacey & Claire Howells and Kevin & Debbie Hudson just 3 points behind on 127. Who would come out on top? Only time would tell.

The final day was to be played in grey, showery conditions but the links of Dumbarnie were still in excellent condition. Dave Starczynski made a hole in one on the 6th – a fine achievement and a cheaper ace than it might have been given the clubhouse at Dumbarnie is still under construction.

Leaders Christine & Jayne could only manage a disappointing 34 to leave the door open for those coming behind. It was Jane & Fran who barged through that door to victory courtesy of a well-earned 43 giving them a total score of 169. Mark & Claire’s 41 left them in second place on 168 just 1 point back.

That was it – our dream few days in St Andrews had come to an end but the memories made will remain forever. A huge thank you must go to the Old Course Hotel, St Andrews Links Trust, Dumbarnie Links and of course our golfers who helped to make the event such an enjoyable one, even in difficult circumstances.

Back on the road to make the journey north for what promises to be another fantastic few days at @NairnGolfClub, @NairnDunbar and @CastleStuart! 🏆 pic.twitter.com/414HRzW1Qp

🏆| Congratulations to our #LinksCupPairs champions Steve Couper & Stuart Nelson (Kendal). They ended a fantastic 3 days in Northumberland on 126, pipping Darren Wallis & Steve Wood (Hollins Hall) by 2. Gary & Angie Brayshaw (Sheringham) were our best in the mixed pairs on 123 pic.twitter.com/9MTLJxNgqN